Anne Schnell attended Washington State University for her B.S. in Wildlife Management and the University of New Hampshire for her M.S. degree in Wildlife Ecology. She spent a year as an exchange student in Australia studying zoology to finish her baccalaureate degree and spent a month on a safari in Africa to learn about African species and wildlife management in another country.

She was a professor of Environmental Conservation and Horticulture at Finger Lakes Community College in New York State for 21 years, where she taught courses including wildlife management, wildlife diseases, animal behavior, and ecology. She also served as the department chairperson for the last part of her career. She had many opportunities to do volunteer work while at the college, and thoroughly enjoyed helping with the NY River Otter Project and serving on the Board of Directors for Canandaigua Lake Pure Waters and serving as board president.

After moving to Arizona, she volunteered for the AZ Game and Fish Department with many others who assisted with desert bighorn sheep relocation and pronghorn relocation projects. While in AZ she also served on the Board of Directors for the Arizona Falconer’s Association.
Anne’s experience with raptors includes 12 years of capturing, banding, and studying wild raptors during the spring migration at Braddock Bay in Hilton, New York. She served as the Vice President of Braddock Bay Raptor Research and director of banding operations for twelve years. She has also led educational programs with non-releasable raptors for many years and is a general falconer. 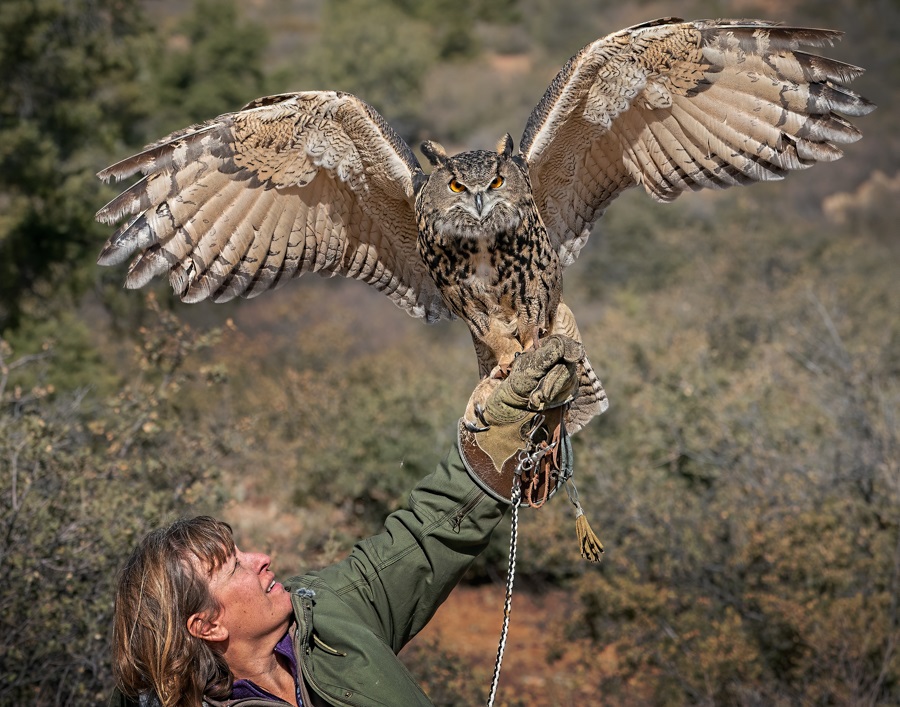 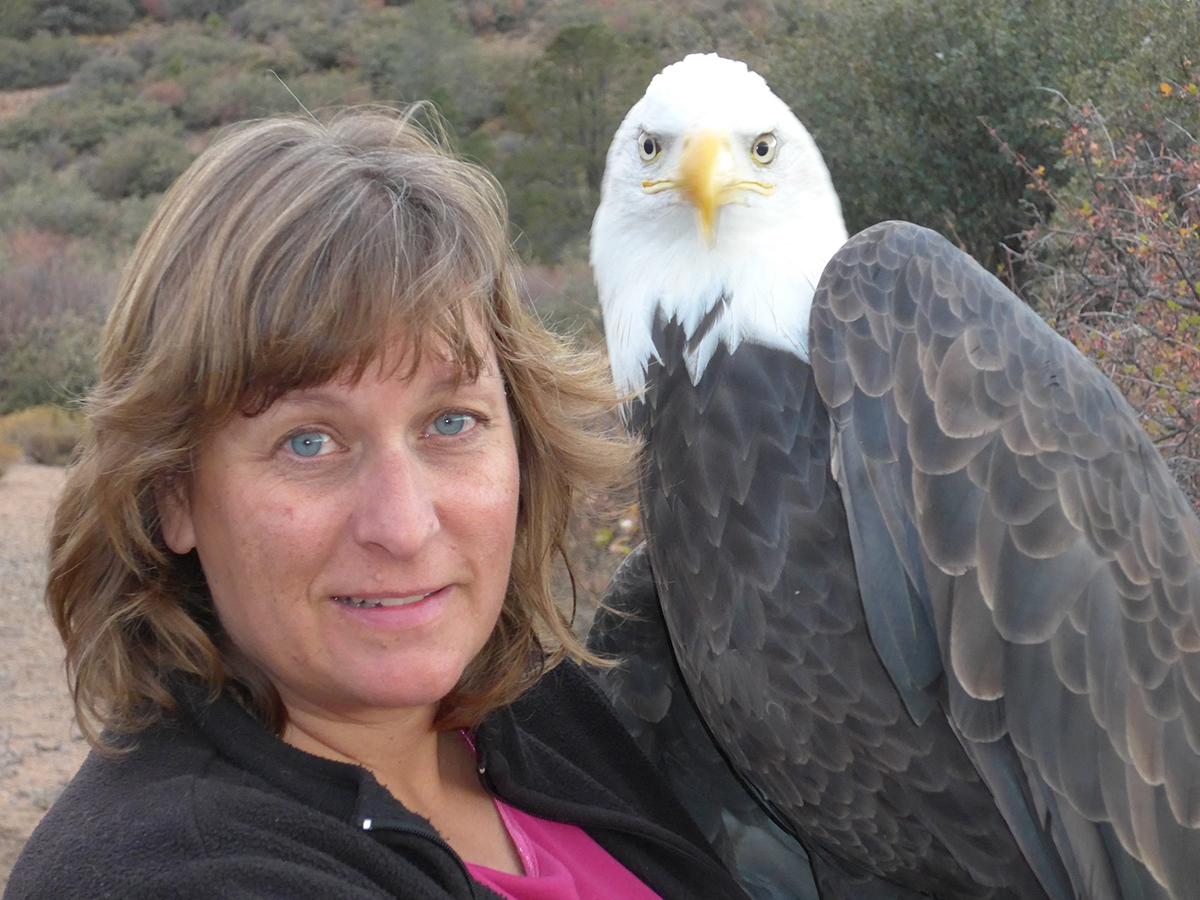 Paul Schnell acquired his first raptor in 1971 – 51 years ago –  a tiercel American Kestrel, at age 12 and thus began his life’s work with raptors, conservation, and education. He credits his artistic and creative dad Willard, a talented GM tool and die maker, and his generous, supportive grandmother Hilda as the two earliest pillars in his development and love of the outdoors.

In the decades ahead Paul became an ardent and passionate spokesman for wildlife, environmental awareness, and human population reduction. He remains one of the very few naturalists today that courageously speaks out against pervasive human overpopulation and illegal immigration in the U.S. and abroad.

As we head toward a chaotic 8 billion, population growth is still adding 80 million more mouths per year and is entirely responsible for the present 6th Extinction that occurs from eating up the capital of water, minerals, wood, wilderness, etc. to sustain one species at the expense of all others: humans.

In the bigger picture, overpopulation must be curtailed if we are to preserve the Earth’s rapidly dwindling biodiversity (species richness) and concomitant quality of existence for all life forms. So few people can even recognize this extinction issue and virtually NO conservation organizations will directly address it, 52% of 557 raptor species, for instance, are in decline. This is the tip of the iceberg…

Paul’s programs have spanned pre-K through university level and have been hinged to allowing his audiences to interact with pythons, boas, eagles, hawks, falcons, owls, and gray wolves safely and carefully. These exceedingly rare, functional opportunities have provided powerful learning experiences for all ages!

He has taught in NYS, PA, MA, TN, AZ, and British Columbia. He has also presented programs for private and home schools, civic clubs, the USFWS, NYSDEC, NYS Power Authority, Audubon Society, National Hunting and Fishing Day, 4-H, and hunter’s ed classes. He and Anne have also used the TV and radio airwaves to promote wildlife and conservation.

Following college, Paul spent 5 years in the medical research field as an animal technician and 30 years in the energy sector. He’s worked on habitat projects for NYSEG Corp and AES Corp as well as the Niagara Falls International Airport and devised solutions to reduce aircraft bird strikes.

Paul pursued natural resources conservation at Morrisville State College and environmental studies at SUNY Buffalo (1977-84). His articles and photos have appeared in many periodicals and 3 books dating back to 1977. In the early ‘80’s he penned a popular conservation column for two daily papers in upstate NY. He has been an active member of the NYS Outdoor Writer’s Association since 1988 and NAFA since 1982. He has hunted in Africa and across the U.S. He is currently pursuing his 50-year love of traditional/primitive archery. Currently, Paul serves as the Rocky Mountain States Field Representative for the Professional Bowhunter’s Society. Perhaps the finest group of ethical hunters to be found in the U.S.

Paul has developed and operated three successful conservation ed businesses in the past 40 years. Prior to moving to Montana, he came out of a much-anticipated retirement, obtained an amazing captive bred Martial Eagle from renowned eagle falconer Chase Delles and assists his wife Anne in the development and operation of Montana’s Eagle Experience, LLC in Noxon, MT (pop. ca. 300). 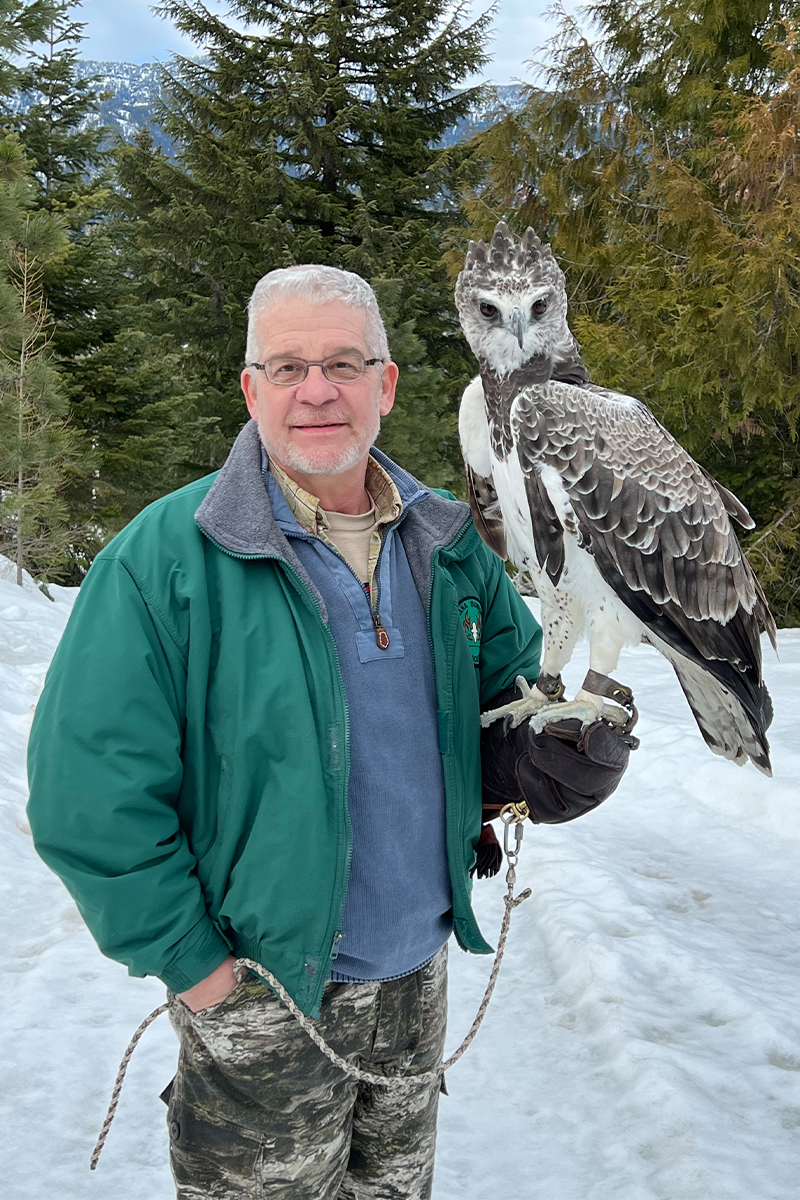 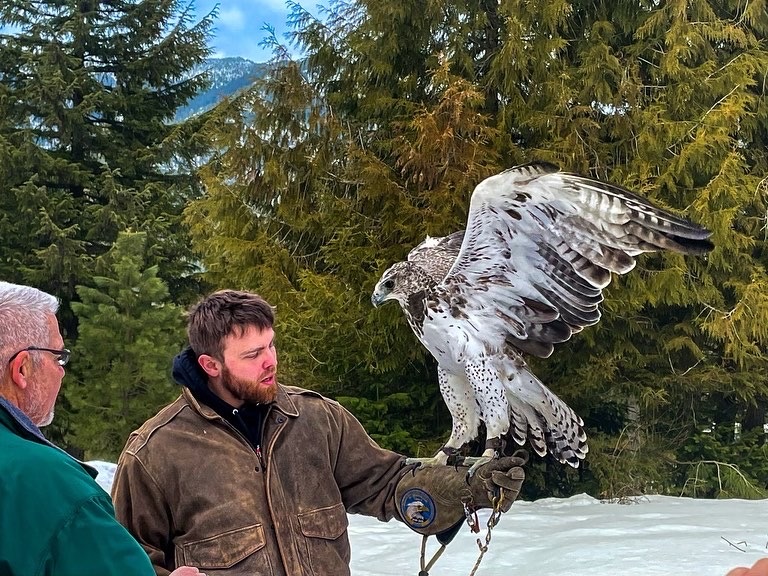 Anne received the Women of Distinction Award for Professional Achievement in 2004 from the Business and Professional Women’s Clubs of New York and the Canandaigua Chamber of Commerce.

Anne received an award from the Hawk Migration Association of North America for “outstanding service to further hawk migration study and conservation” in April of 2014.

Some of Paul’s conservation awards include:

“Our job is to prevent that lush orb known as the Earth… from turning into a bleak and barren, dirty brown planet.” 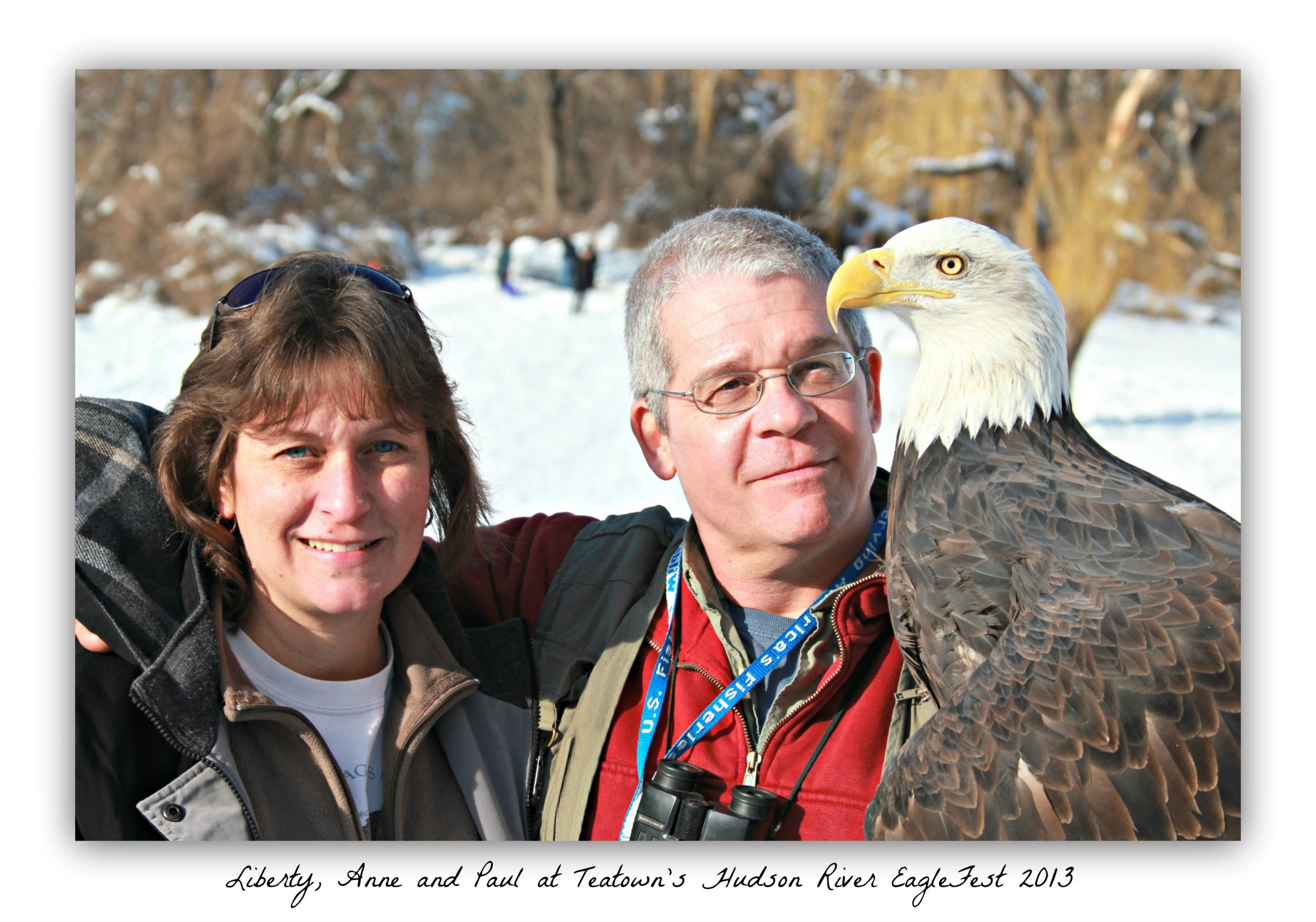