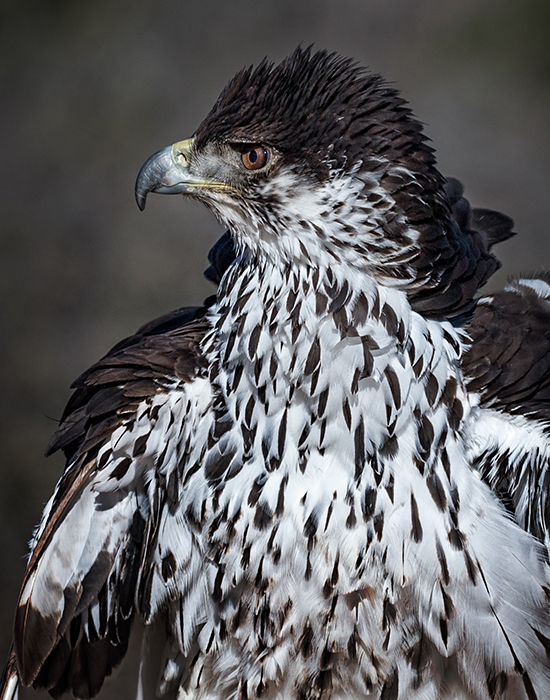 Hilda is a 19 year old female African Hawk Eagle (Aquila spilogaster) native to sub-Saharan Africa where her species is widely distributed living in savannah, wooded streams, rocky cliffs and open dry woodland areas. Paul purchased Hilda from fellow Master Falconer and educator Rick West in upstate New York, she was captive bred and originally purchased by a falconer and flown in Washington state. She is one of two non-native eagles that can be handled as part of your eagle experience.

Hawk Eagles are medium sized eagles, the females weighing between 1.4 and 1.75 kg (3 lbs. – 3 lbs. 9 oz.). Their prey includes large birds such as guineafowl and francolins, along with reptiles and small mammals and can weigh as much 4 kg!