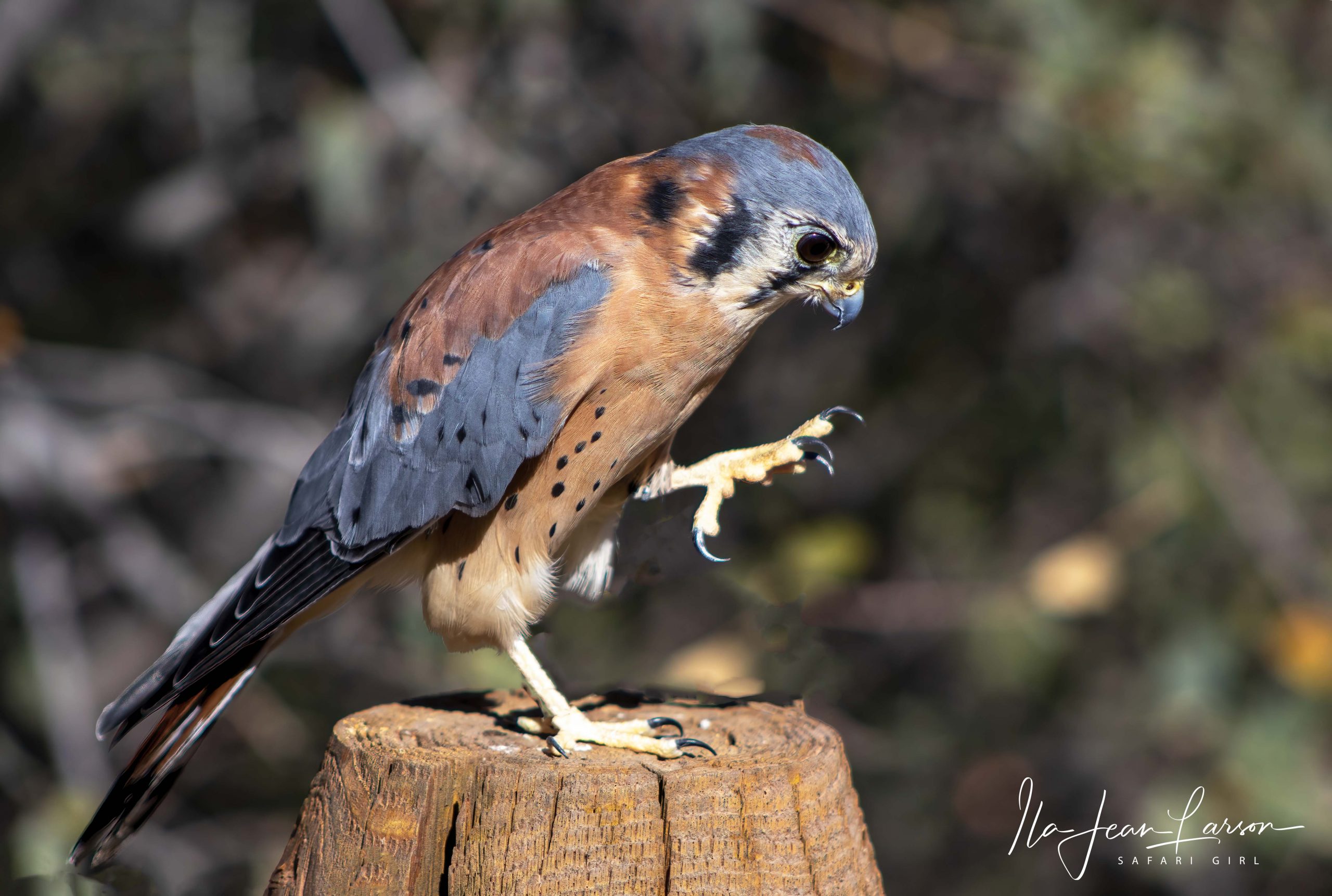 Charlie is a male American Kestrel (Falco sparverius), the smallest and most common falcon in North America. Also one of the most colorful of the birds of prey, the male kestrel has slate blue color on his head and wings, and a lovely red on his tail feathers. This species is sexually dimorphic, that is, the female is larger and also lacks the coloration of the male. Kestrels favor open areas with short vegetation and few trees. They hunt insects, small mammals, small birds, lizards and bats either from a perch or on the wing, sometimes hovering in one place, thus the alias ‘wind hover.’

Kestrels have the ability to see ultraviolet light and can detect the urine trails of voles, one of their common food items. The largest threats to kestrels include loss of nesting cavities, use of pesticides and capture by other birds of prey. They are secondary cavity nesters, meaning they do not make their own cavities, but do rely on those created by other species in dead trees, often removed from the landscape by homeowners and arborists.