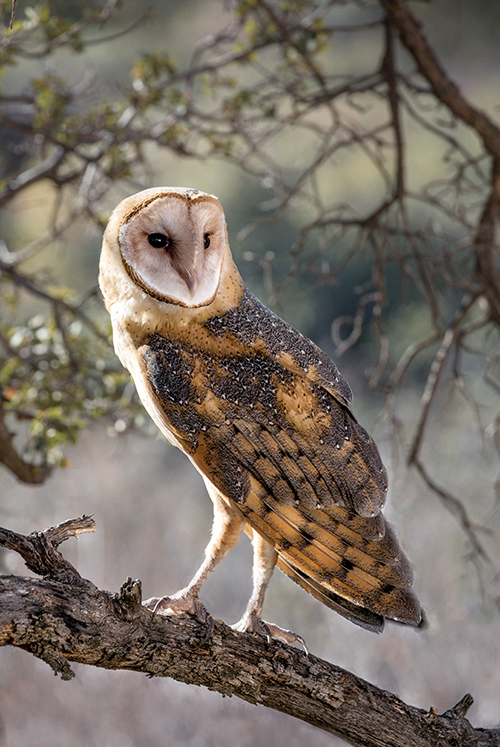 Marlee (Tyto alba) hatched at our facility in AZ on May 10, 2016. She hatched from one of six eggs, the rest of which were infertile. The incubation period for Barn Owls is 29-34 days and begins when the first egg is laid. The female alone incubates the eggs which she lays at 2-3 day intervals. This results in asynchronous hatching of the chicks, a strategy to ensure the survival of at least some offspring when food is scarce. The female rarely leaves the nest during this time and is fed by the male. The chicks usually begin to hatch in the evening and are out of the shell by morning. They begin to vocalize in the egg and are answered by their mother who also helps them emerge by breaking off bits of shell. The chicks are altricial – hatched with no feathers and eyes closed. By 8-9 weeks of age they have their basic plumage which coincides with their first flight. They depend on their parents for three to five weeks after flying and remain near the nest for an additional month.