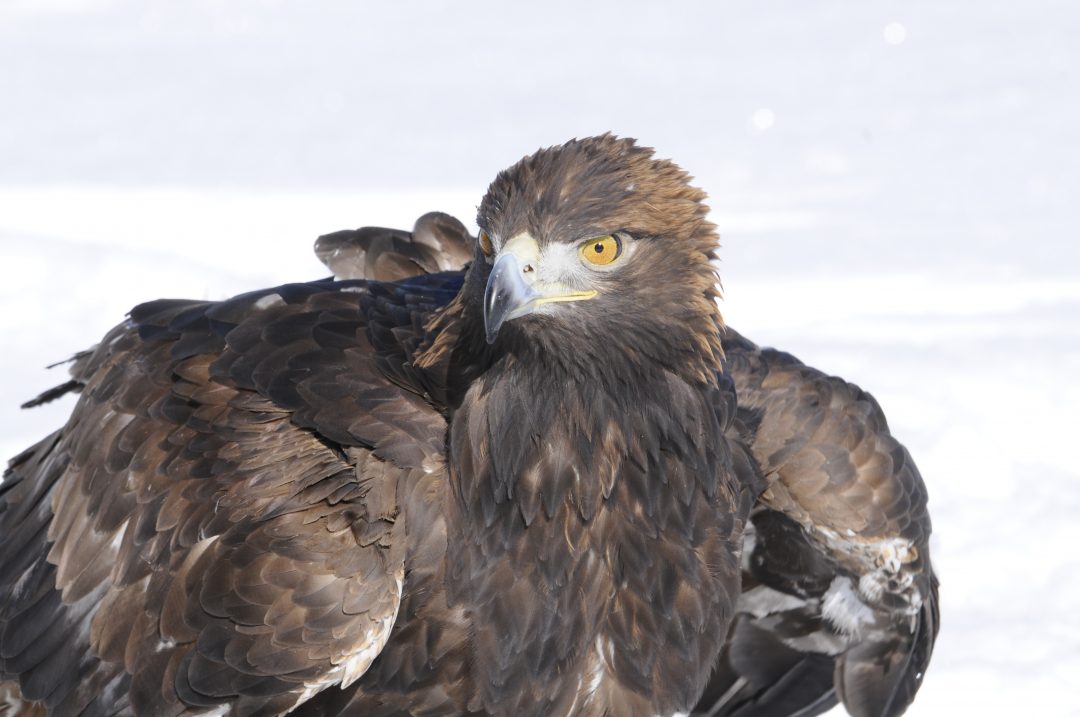 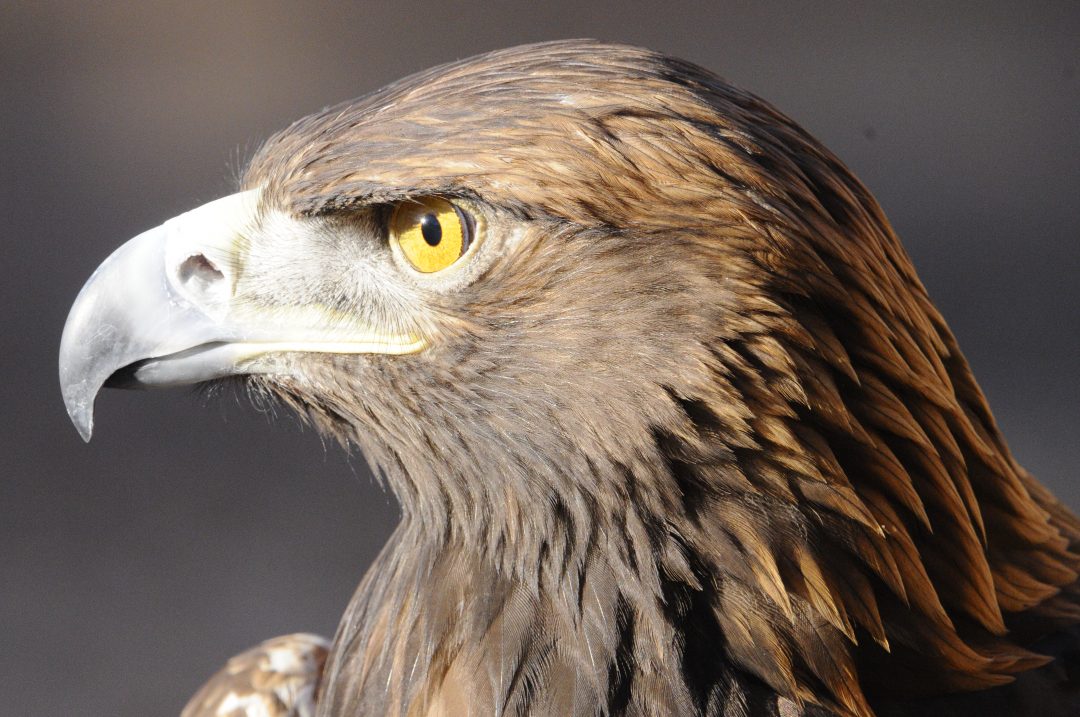 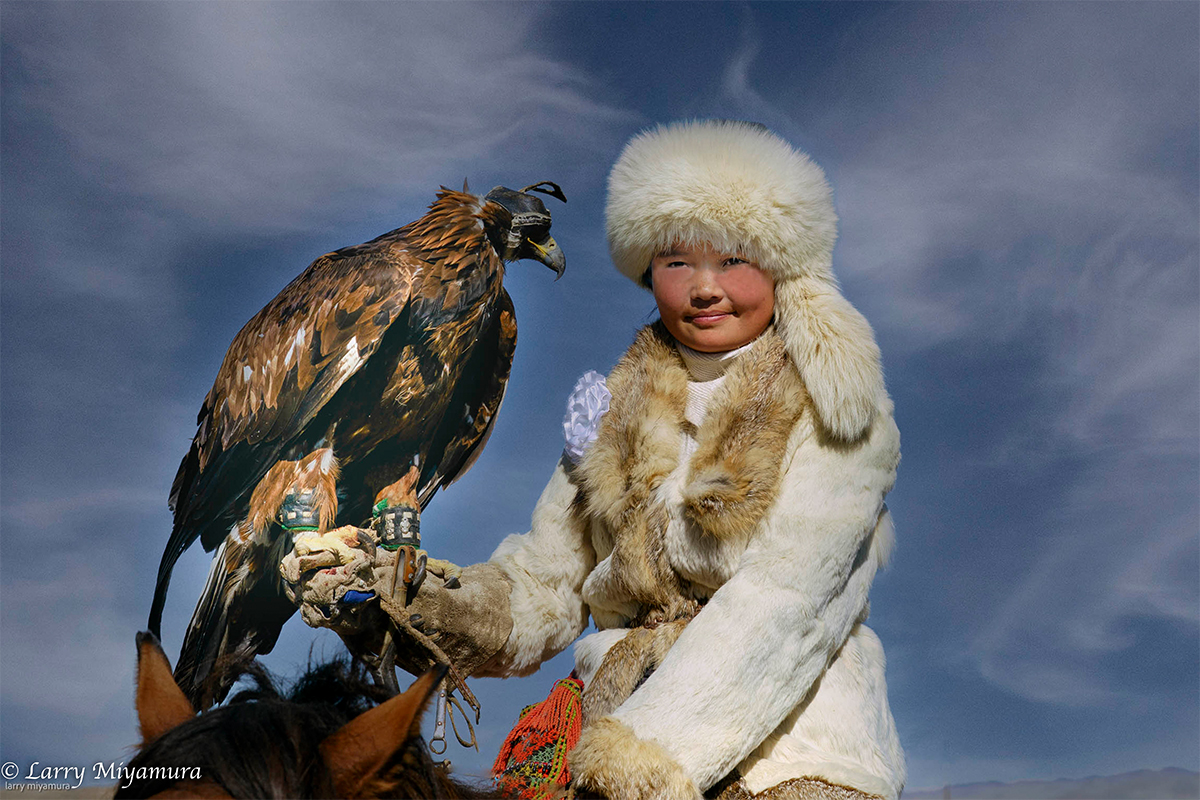 Aishopan: the heroine of the documentary ‘the Eagle Huntress’ is holding a Golden Eagle at the Blue Wolf Eagle Festival. Read more here. Photograph by Larry Miyamura

Ellis is an adult male Golden Eagle (Aquila chrysaetos) named after our friend, renowned Golden Eagle researcher, Dr. David Ellis. As the most widely distributed species of eagle, these birds are found across most of the northern hemisphere in open and semi-open country. They can be found in mountain ranges as high as 6,000 meters (19,700 feet), and nest in trees and on cliffs.

Golden Eagles have great maneuverability for their size (2-meter (6-7.5 foot) wing-span) and can reach speeds close to 240 kph (150 mph) in a dive after prey. Hunting cooperatively with their mate, these birds take a large variety of prey but focus mainly on mammals like the cottontail and black-tailed jack rabbit. Their hunting skills are revered by eagle falconers around the world, and in particular Central Asia where many tribes (but especially Kirgiz and Kazakh eagle hunters) still fly them today to capture foxes and other prey.

Although protected since 1962 by the Bald and Golden Eagle Protection Act which prohibits harming the birds, their eggs and nests, humans still pose the greatest of all threats to Golden Eagles. Most recorded deaths are attributed to collisions with wind turbines, electrocution, lead poisoning, and loss of habitat. Ellis came to us from an AZ rehabilitation facility after a permanent injury sustained in a collision with a car.