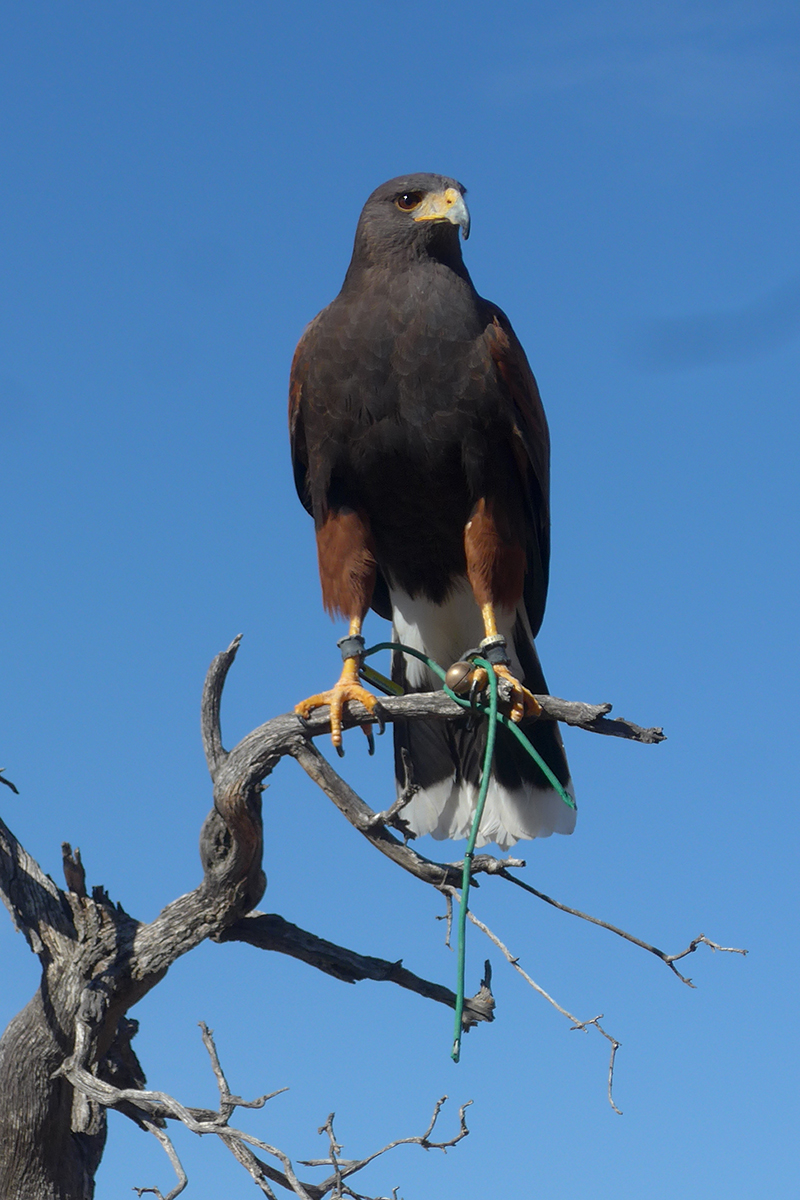 Odin is a male Harris’s Hawk (Parabuteo unicinctus), a species native to the arid southwestern United States. He hatched in 2013, and we purchased him in July of that year for falconry from Robert Kennedy, Jr’s breeding project in New York. He lives with his companion Coda who is also his hunting partner. Being the smaller of the two birds, usually between 640-700 grams (1 lb. 6 oz. – 1 lb. 8 oz.), he is slightly more maneuverable and may target smaller prey. Harris’s Hawks are unique in the world of birds of prey as they commonly hunt in family groups which may allow them greater hunting success. 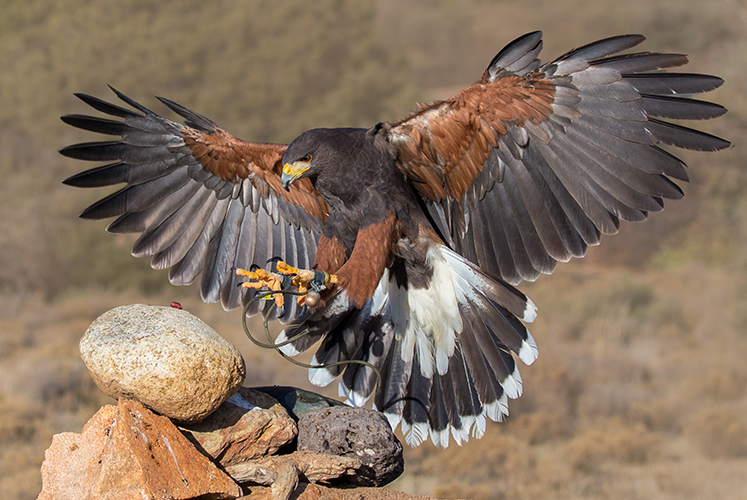 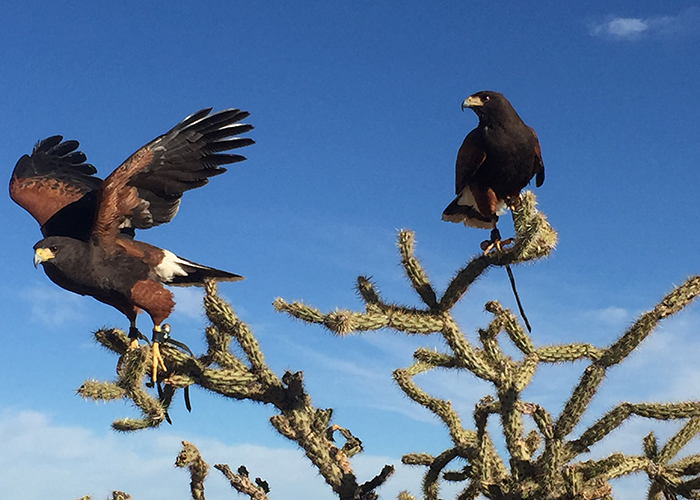 
Coda is a female Harris’s Hawk (Parabuteo unicinctus). She hatched in 2014, and we purchased her for falconry from Paul Kupchok at Green Chimney’s in New York. She is larger than Odin, her hunting weight ranges from 960-1010 grams (2 lbs. 2 oz. – 2 lbs. 4 oz.), therefore she is often more aggressive and takes the lead even though she is younger. Social animals typically have a dominance hierarchy, which is the case with Harris’s Hawks. Adult birds typically dominate juveniles, and females tend to dominate males. This social order is important for division of labor when hunting and rearing young.