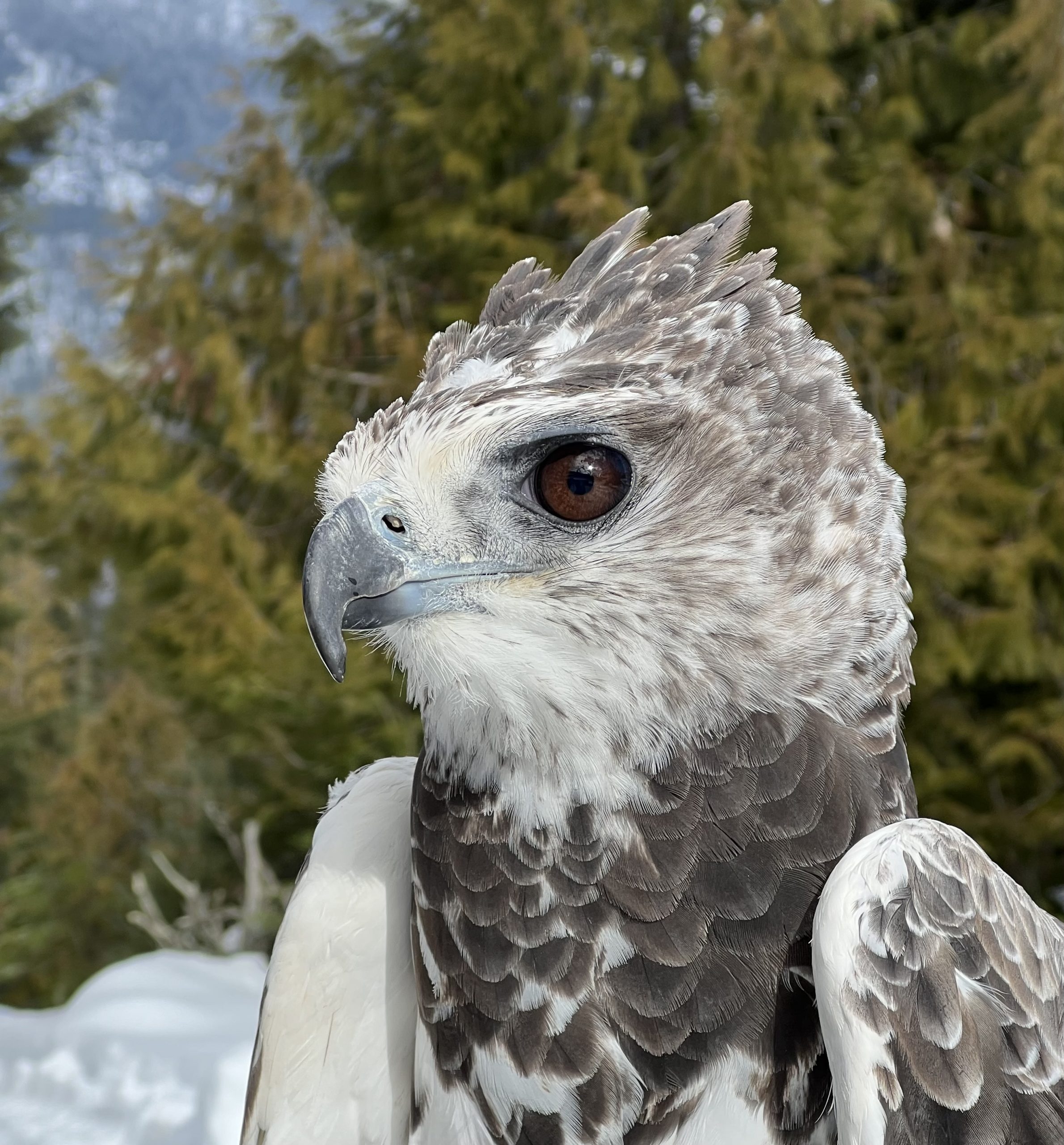 Alaric is a 5-year-old male Martial Eagle (Polemaetus bellicosus), one of the largest eagle species in Africa. The impressive appearance of this powerful bird with its distinctive crest and piercing eyes, is expressed in its species name bellicosus, which means “war-like.” Alaric is still in juvenile plumage, which will not completely change to adult plumage until he is 7 years old. At that time, his eyes will also change to a beautiful yellow. Weighing up to 14.3 pounds the female of this species looks the same, but is larger, up to 36% heavier than the male, that can weigh as much as 8.4 pounds. Wingspans can reach 6’2” to 8’6”.

Martial Eagles are found in sub-Saharan Africa and favor open country. They spend much of their time airborne and use their exceptional eyesight to spot their prey up to 3.7 miles away. Prey is captured on the ground and consists primarily of small mammals, small reptiles, and large birds. Over 160 species of prey have been documented, most weighing in around 5 pounds. Amazingly, Martial Eagles hold the record for the largest prey taken by any African raptor – an 82-pound ungulate called a duiker.

Sadly, the Martial Eagle is now classified as endangered in the wild. The biggest factor in their decline is human persecution. Although there is little evidence that they threaten livestock, many are shot by farmers. Habitat loss is also a huge factor in their decline, and results from ever increasing demands on the land by an overpopulation of humans. Other factors like collisions with powerlines and drowning in man-made reservoirs take their toll.

In addition to these causes of decline, Martial Eagles are one of the most unproductive of all raptors in terms of reproductive output. Only one chick is raised every other second year. The huge parental investment in each chick likely prevents greater output. If they survive the first few most difficult years, Martial Eagles can live to 30+ years in the wild.

Historically, Alaric the Goth was the first Germanic warrior to take the city of Rome. He was feared, but also considered fair. Alaric is enrolled in a Cooperative Breeding Project and will participate in the event that an eligible female Martial becomes available.